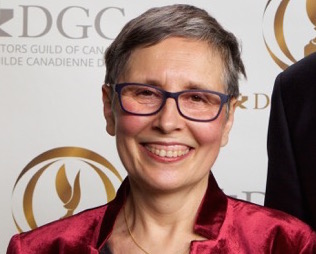 Posted at 14:50h in Uncategorized by uforchange-lea

U Atelier is a series of visionary workshops designed to support and advance the untapped potential of creative changemakers. All workshops are taught by professional creatives that are actively engaged in their field, providing hands-on industry knowledge.

Join us in conversation with Cathy Gulkin as she discusses “Surviving the Biz” as a woman in a male dominant industry and overcoming any internalize fear of living your dream.

About: Cathy Gulkin is one of Canada’s foremost picture editors.  Educated at the prestigious London Film School in England, she has been working in Toronto since 1978.  She edits documentaries, drama, comedy and children’s programmes.  In 2019 she won a Canadian Screen Award for Best Editing in a Documentary for “You Are Here: A Come From Away Story”. In 2016 she won Best Editing awards from the Directors Guild of Canada and the Canadian Cinema Editors for “Guantanamo’s Child”. Cathy has edited 5 CSA & 8 Genie nominated and/or award-winning short and feature length documentaries including: “Margaret Atwood: A Word After A Word After A Word is Power”, “My Millenial Life”, “Shadowmaker”, “Forbidden Love”, and “Paul Strand: Under the Dark Cloth”. She won a Gemini for “Cry of the Ancestors”  and Best Editing at the Atlantic Film Festival for “Forbidden Love”.