Breaking Bajan Boundaries: The Story of a Top-Notch Tailor 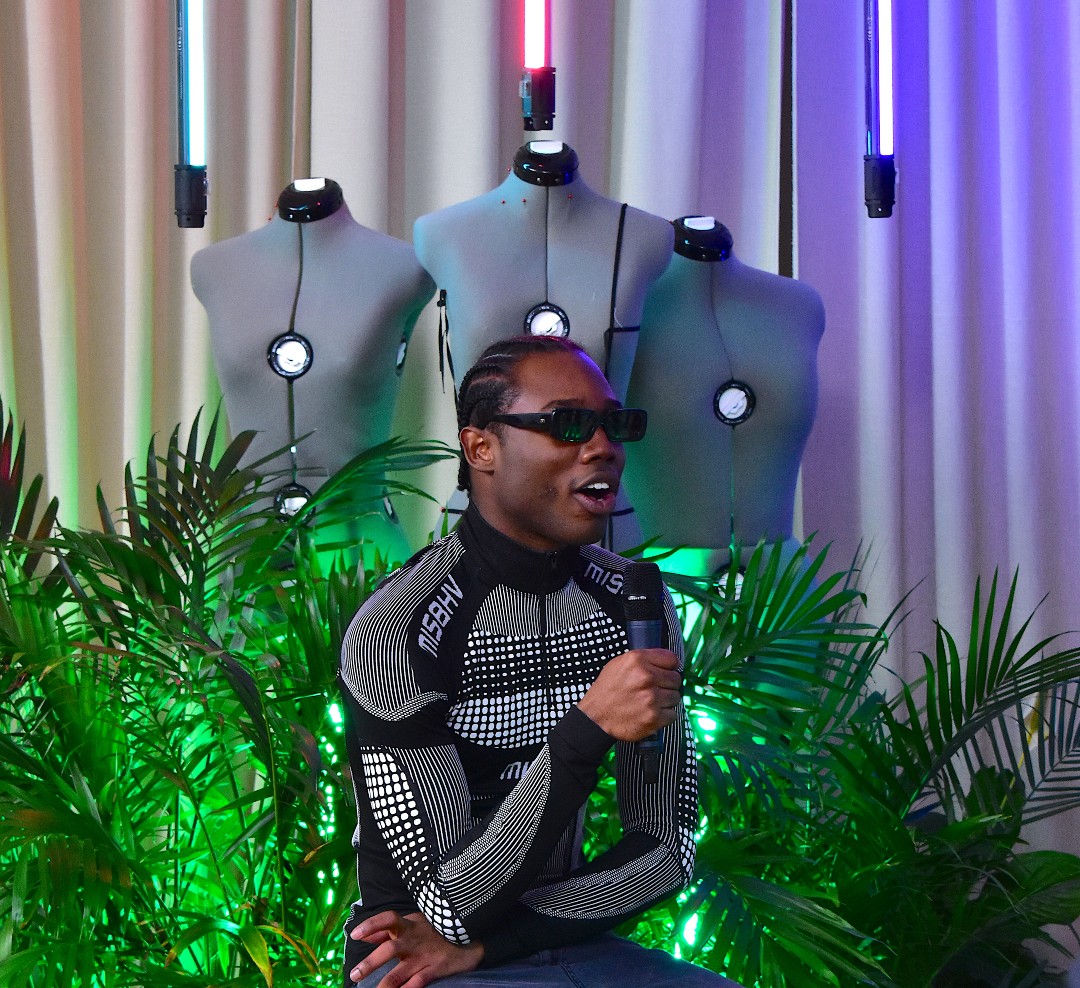 15 Jul Breaking Bajan Boundaries: The Story of a Top-Notch Tailor

Posted at 18:09h in News by uforchange-lea

Breaking Bajan Boundaries: The Story of a Top-Notch Tailor 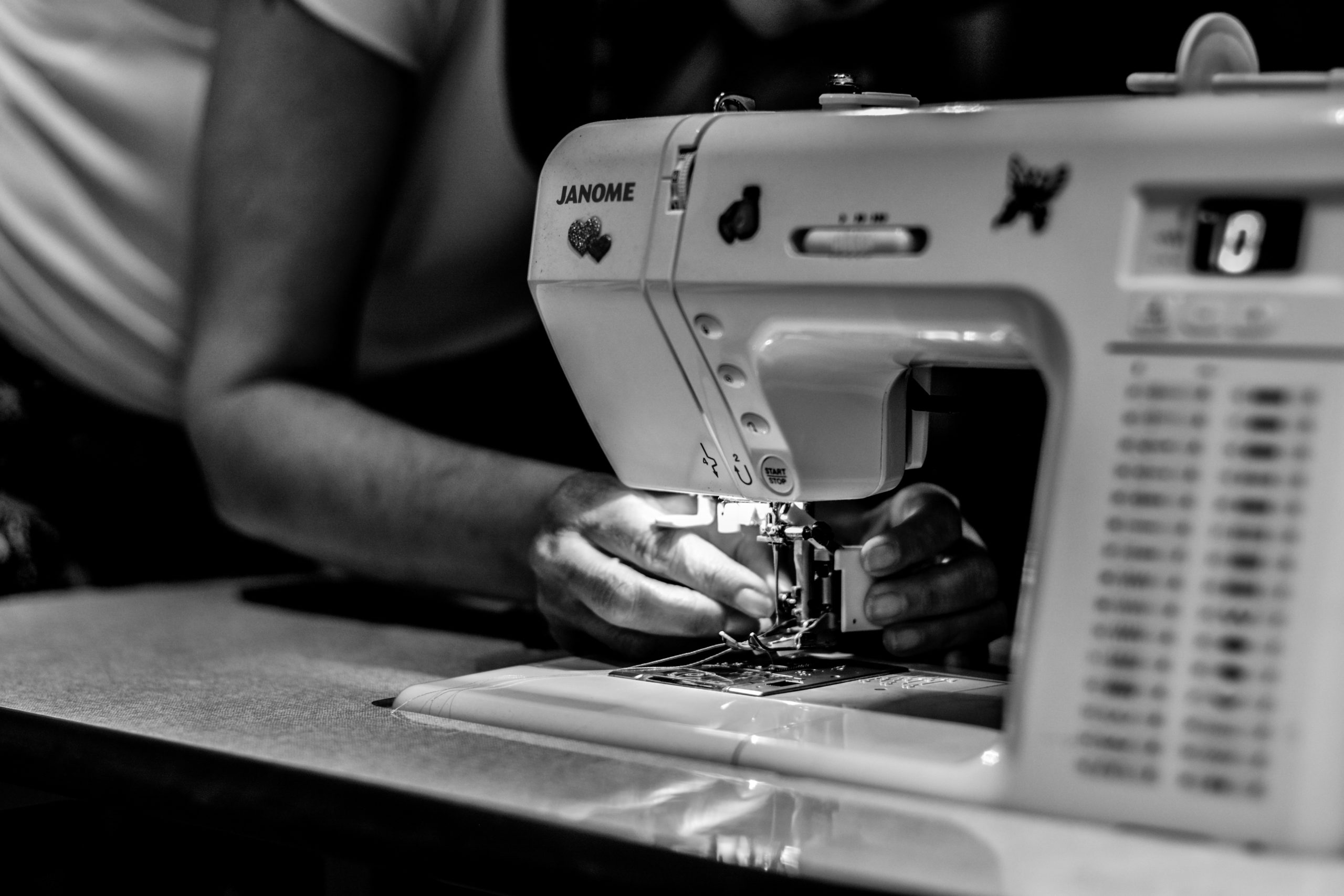 An African proverb says that it takes a village to raise a child,

but what if that child doesn’t have a village?

Once they’ve grown, where can marginalized youth go without adequate financial and educational resources in the pursuit of their true passion?

One incredible organization, UForChange, has been finding solutions, supporting and mentoring Toronto’s youth between the ages of 16-29, giving them a chance at hands-on experiences in a number of creative arts industries. What started as a small initiative in 2009 in the St. James Town neighbourhood has grown to include Regent Park, with youth now travelling to apply to their programs from all over the Greater Toronto Area. As the only Canadian non-profit to be supported in 2020 and 2021 by The Gucci Changemakers Impact Fund, UForChange is looking ahead and paving the way for youth to gain much-needed access to the arts and work towards career acceleration. 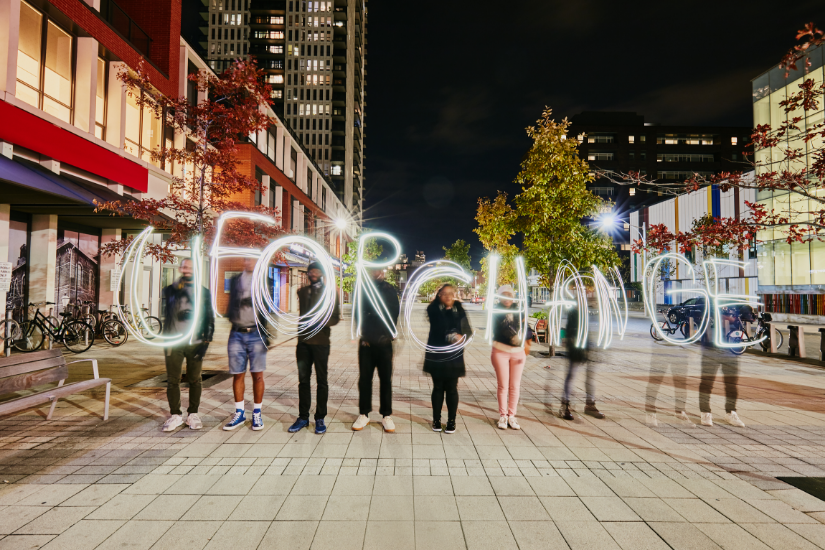 Core programs in Fashion, Photography, Graphic Design, Web Development, and DJ Arts, run by specialized professional mentors give students the opportunity to sharpen both their technical and soft skills and experience growth and success in the field of their choice.

In perfect alignment with Ann KM’s mission to foster partnerships with the people and organizations that work to create positive social change, The UForChange Ann KM Fashion Program was launched in collaboration with The Ann KM Fashion Line.

The Top-Notch Challenge was born, in celebration of these two forces coming together to

The competition rules were simple, design a garment on a limited budget of $150 that adhered to the Ann KM vision of fashion, pieces that could be showcased in front of a panel of judges, and took into consideration elements that highlighted community, environmental sustainability, diversity, inclusivity, adaptability, and innovation.

One talented UForChange student demonstrated he clearly understood the meaning of these essential qualities long before he came to Canada. 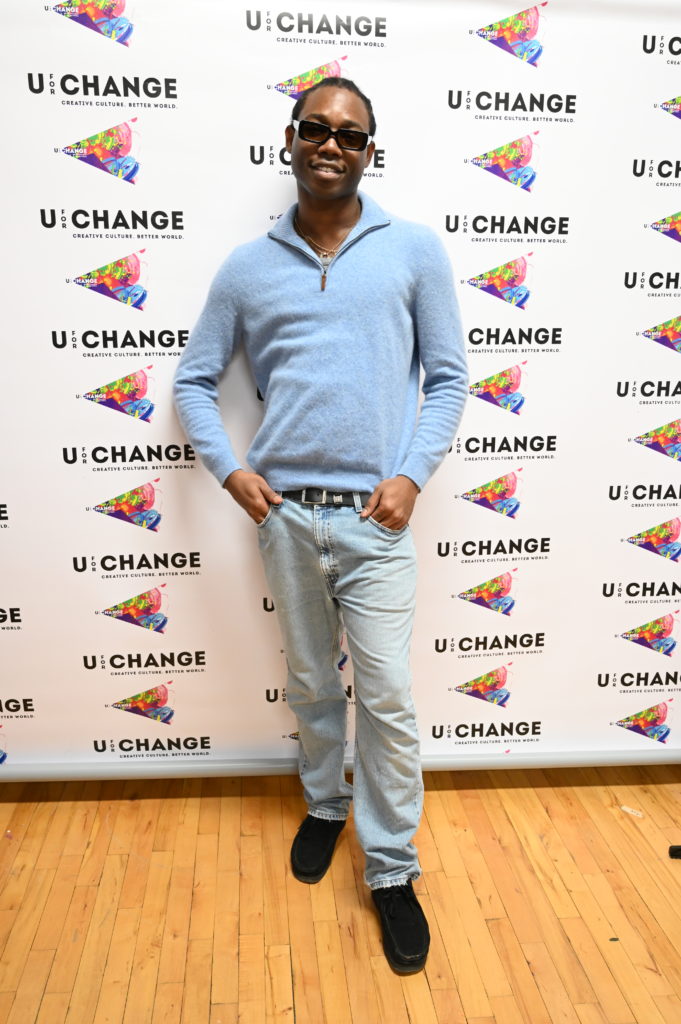 Tito James knew from a young age that fashion was a part of his DNA. He was born and raised on the most Northern tip of the country of Barbados, in Crab Hill, St. Lucy.

His great grandmother was a dressmaker, making school uniforms for his family members and the local children in the neighbourhood. Tito paid close attention to fashion.

He was talented in track and field, but when he was exposed to different art mediums and the explosive world of pop culture in secondary school, he knew he was meant for greater adventures.

He was swept away by Alexander McQueen’s avant garde tailoring and inspired by his futuristic fashion. “I just felt what he was doing,” he said.

After being bullied at school, he left the classroom as a teenager and took a job working as a dishwasher in a local fish restaurant. Lovingly named “The Fashionista” by his friends and peers, Tito bravely decided it was time for him to “take the risk of leaving my island behind in 2018 to follow my passion for fashion and art.”

Surviving in Toronto proved to be his greatest challenge, having to rely on the shelter system for help. He faced mental, emotional, and physical trials with every step, but Tito kept moving forward.

“I was homeless so many times, cold and afraid, lost and confused, but I always remained hopeful with a strong faith because I had a dream and I had to see myself there.” he said.

A social worker at Covenant House noticed him sketching dresses one day and pointed him in the direction of UForChange, a safe and supportive place where he could learn more about the fashion industry. 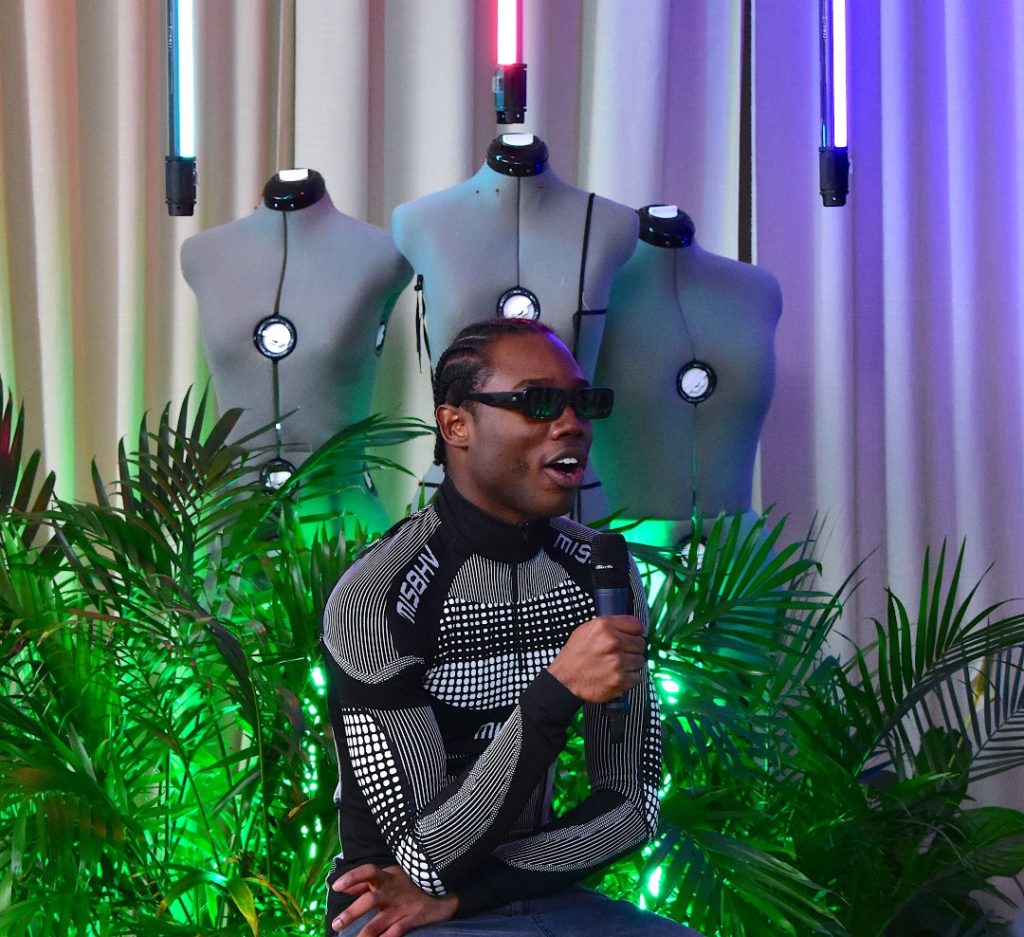 Using a strength-based approach, Lea arranged tutoring for him to improve his foundational math competencies. He studied the principles of design, pattern drafting, fabric cutting, and garment construction. Building his life skills followed, and the ability to prioritize time management and conquer daily tasks. “No one in my adult life had put so much faith in me besides myself, and that connected us. She believed in me, and that pushed me to remember my purpose and trust myself”, James said.

Tito’s love of orchids was at the heart of his vision for his acrylic abstract silk corset and skirt, a flower that held personal meaning for him, and one that had uplifted his spirits and helped him to remain hopeful through difficult times. When his piece fell on the floor during the production process, he adapted quickly, changed his focus, and embraced the edgier design it unexpectedly created.

The innovative skirt was carefully designed to emulate the delicate fold of a leaf, “I wanted to make it fashion forward. What I can’t describe in words; art can. “

The future is an open book for Tito James, he’s never been defined by the experiences in his past, choosing instead to look ahead at what is yet to come. Chosen as the competition’s grand prize winner, he’s now a member of The Fashion Institute and a part of the AnnKM Fashion platform, where he’s working on launching his first fashion line and building the Tito James brand.

“James is the definition of style, the way he dressed, carried himself, his ambitions. One morning he was wearing a stylish shirt, and I asked him where he got it.

He told me that he had designed and made it himself!

He’s one of the hardest workers I know, although he’d never say that about himself. 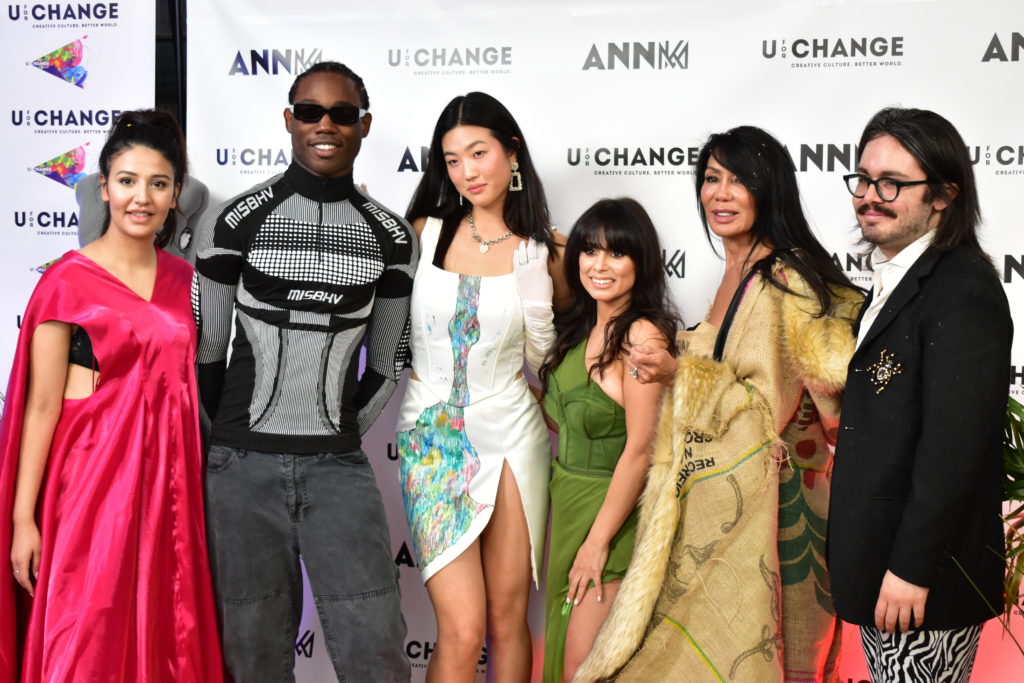 He took on the challenge of entering the UForChange program, working full-time, and navigating his way out of the shelter system.

He’s continuing his grind to make an impact in the fashion world, and he’s an inspiration to many. “A friend at Covenant House

“You cannot be defined by how you were brought up or what happened to you. You’ll be defined by what you do going forward. There are no limitations to what you can achieve.”

Proceeds from the Top Notch Challenge will go to support the empowerment of youth who continue to inspire the UforChange community as well as UforChange’s artistic programs for youth in the Greater Toronto Area.