Posted at 15:09h in Uncategorized by bluedot 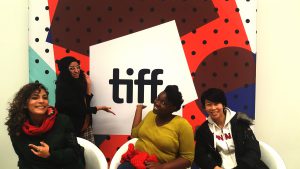 Over 65 million people around the world have been forced from their homes to escape famine, climate change and war in the greatest human displacement since World War II. Human Flow, an epic film journey led by the internationally renowned artist Ai Weiwei, gives a powerful visual expression to this massive human migration. The documentary elucidates both the staggering scale of the refugee crisis and its profoundly personal human impact. Captured over the course of an eventful year in 23 countries, the film follows a chain of urgent human stories that stretches across the globe in countries including Afghanistan, Bangladesh, France, Greece, Germany, Iraq, Israel, Italy, Kenya, Mexico, and Turkey. Human Flow is a witness to its subjects and their desperate search for safety, shelter and justice: from teeming refugee camps to perilous ocean crossings to barbed-wire borders; from dislocation and disillusionment to courage, endurance and adaptation; from the haunting lure of lives left behind to the unknown potential of the future. Human Flow comes at a crucial time when tolerance, compassion and trust are needed more than ever. This visceral work of cinema is a testament to the unassailable human spirit and poses one of the questions that will define this century: Will our global society emerge from fear, isolation, and self-interest and choose a path of openness, freedom, and respect for humanity?

A Review by Nada Abusitta

“As a Palestinian, I felt deep sorrow when Ai Weiwei spoke about the refugee crisis in Palestine and the ongoing suffering Palestinians face to this day. My parents left Palestine before I was born, and we immigrated to Canada when I was 9. They tried to do their best to raise me and my siblings in a country that was safe, and hospitable. I am grateful to be a Canadian citizen and call this place home. Though I am fortunate, not all refugees get the chance to start a new life, and as the documentary demonstrates, many are stuck in destitute places with few resources and nowhere to go. Many Human Rights defined by the UN are being violated and very little is being done to remedy this. It is an issue that needs immediate addressing, and requires the cooperation and collaboration of all nations. Documentaries like Human Flow brings awareness to the growing global refugee crisis, and the terrible human suffering it is causing. I hope this awareness brings about necessary change and the start of a meaningful resolution to a difficult and complicated issue.”

A Review by Daisy Komujuni

Human Flow gave a global perspective to the discussion surrounding refugees . It was an interesting assessment of people, power and how easily we forget to recognize each others humanity. I really enjoyed how Ai Weiwei shot several scenes as a direct act of mischievous defiance to authority and the movie was full of very beautiful sweeping shots. I liked that some effort was made to address the influx of refugees due to global climate change however I wish the documentary had gone into deeper detail with this topic. The movie concludes by stating the right to immigrate and choose ones destiny is a human right, I felt this was a beautiful and relevant point especially in today’s political climate.