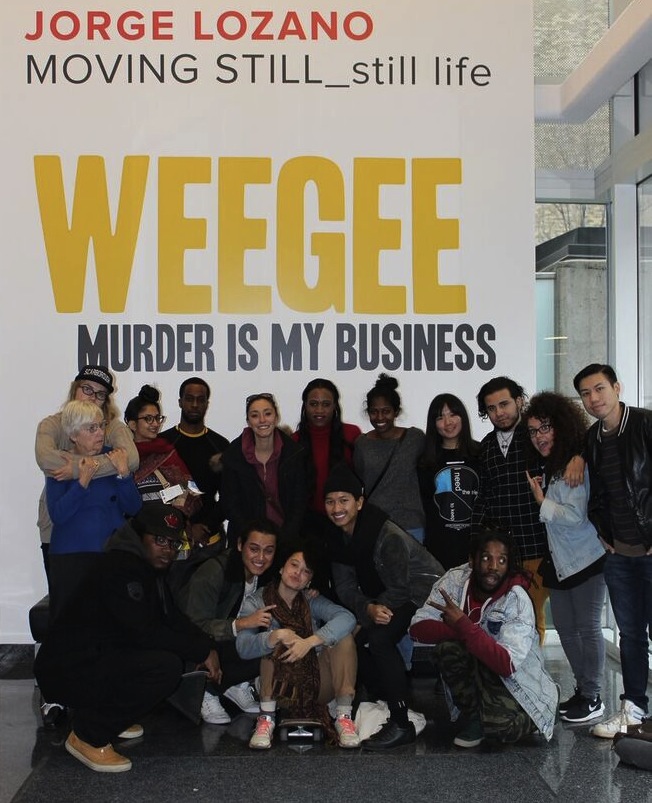 Posted at 02:37h in News, Uncategorized by bluedot

UforChange’s Film Program organized a field trip to the Ryerson Image Centre where they explored both photography and film on Tuesday November 27, 2015. The R.I.C. featured 3 exhibits: Weegee: Murder is my Business, Jorge Lozano: Moving Still and William Davis & Michael Markieta: Geographies of Urban Form. The film component, was an 8 screen film installation, with each screen displaying something different. They were moved by the concept of an 8 screen film installation and were compelled of the story told on each screen. It was about poverty life in Colombia.

Following the exhibit, up-and-coming director Andrew Chung gave an aspirational talk about how to make it in the film industry. The ultimate take away from the talk was that you need to have passion and love what you do.